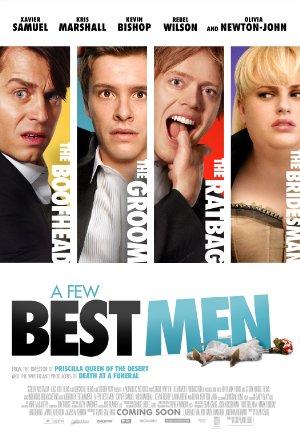 A groom and his three best men travel to the Australian outback for a wedding.