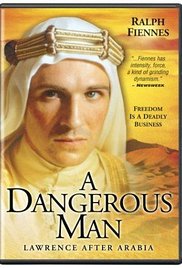 A Dangerous Man: Lawrence after Arabia (1992)

A Dangerous Man: Lawrence after Arabia (1992)

Lawrence and Feisal go to argue for Arab independence at the 1919 Paris Peace Conference.