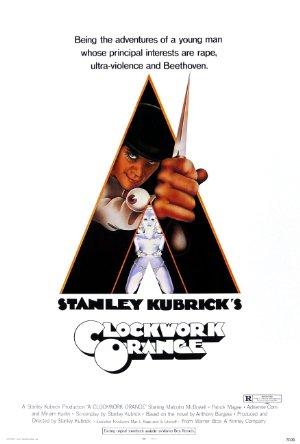 In future Britain, charismatic delinquent Alex DeLarge is jailed and volunteers for an experimental aversion therapy developed by the government in an effort to solve society's crime problem - but not all goes according to plan.

Watch 'Clockwork Orange' legend Malcom McDowell play a variety of evil leading roles (to be honest, finding any of his films that DIDN'T satisfy this criterion was the tricky part). A man born with eyebrows like that was never going to be the hero!