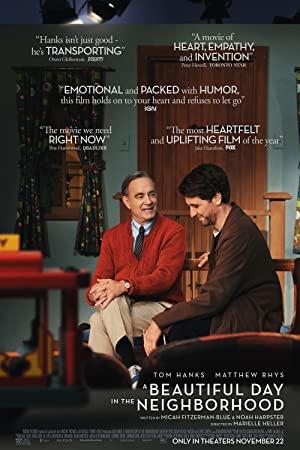 A Beautiful Day in the Neighborhood (2019)

A Beautiful Day in the Neighborhood (2019)

Based on the true story of a real-life friendship between Fred Rogers and journalist Lloyd Vogel.