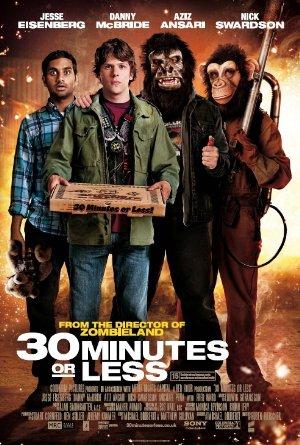 Two fledgling criminals kidnap a pizza delivery guy, strap a bomb to his chest, and inform him that he has mere hours to rob a bank or else...

The young who made a name for himself playing Mark Zuckerberg takes on the comedy world — his mannerisms and facial expressions may look exactly the same, but the scripts are quite different.