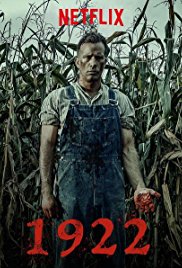 A simple yet proud rancher in the year 1922 conspires to murder his wife for financial gain, convincing his teenage son to participate.

2014's 'Gone Girl' may be the most famous example, but the marriage thriller genre has been around for a while, as 'Double Jeopardy' fans well know.