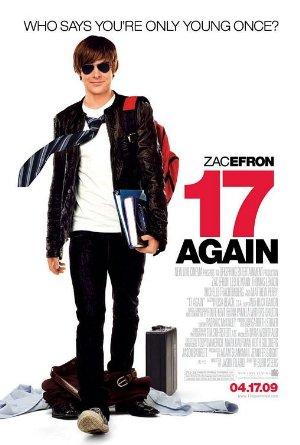 About a guy whose life didn't quite turn out how he wanted it to and wishes he could go back to high school and change it. He wakes up one day and is seventeen again and gets the chance to rewrite his life.